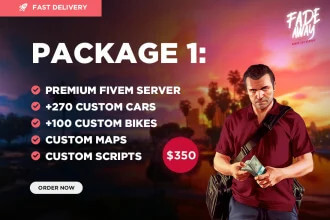 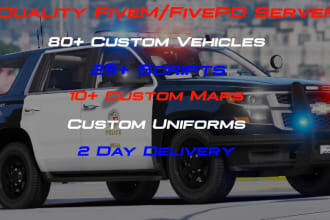 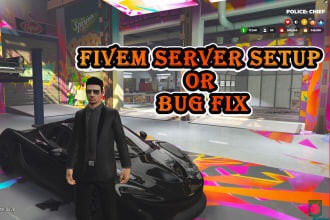 I will create or fix a custom fivem server for you

Rent a Server from $5/month

Rent your own FiveM server hosting with DDoS protection, unlimited bandwidth and custom choice of RAM and processor power. Our dedicated GTA 5 hosting is great for anyone that wants to start their own roleplaying servers. 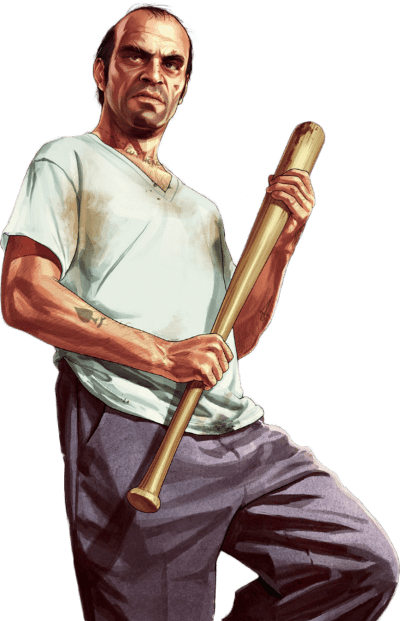 We have dedicated server rental, which can handle large amounts of traffic. The major catch in online role playing is that, you need a special host server for the job. This will be efficiently done by our FiveM server which allows you and your friends to engage in intensive gaming.

At FiveM Cartel, we offer outstanding FiveM hosting features for an extremely low price. By renting a server from us, you get:

Our state-of-the-art FiveM server hosting will grant you the power to customize the GTA 5 multiplayer mode precisely as you imagined. If you want a cloud server instead of dedicated, try Fatality Servers and their hosting plans.

Disturbed Denial of Service (DDoS) protection is one of the top features which we focus on as it can significantly affect the performance of the game.

Setting up the FiveM is so easy, and it can be completed with just a few clicks in just a few minutes. After the completion of the payment transaction, our pre-configured FiveM server hosting will be delivered to you within a few minutes.

The advanced installation system is automatic, which means the entire process is made easy. You don’t have to take trouble configuring the server on your own. Everything is simplified.

With the power to add and custom missions and maps, the gameplay may be affected if the memory runs low. For this reason, we give you the freedom to choose the RAM and processor power so you can meet the requirements and get the best performance.

Our server hosting plans offer almost unlimited customization options. The installation of the game mode is incredibly simple, and it only takes just a few clicks to complete. Adding or inserting new game elements like cars, weapons, and airplanes are also made easy. You can even add new customized missions.

Why Host Servers with FiveM Cartel?

FiveM Cartel one of the few hosting providers who put their customers in the first place. We make sure that each and every client is provided with the best service. If you’ve been dreaming of experiencing a flawless, high-performance multiplayer roleplay hosting in a lot of different modes, you can have access to all these benefits by renting the server hosting from us.

From roleplay to racing, and even Deathmatch, the gameplay you’ll experience will be incredibly smooth and fast. As already mentioned, FiveM Cartel uses a dedicated server which prevents all sorts of external disturbances that may affect the performance of the game. In short, by using our FiveM server hosting, you gain control of the game without restrictions or limitations.

We are always ready to comply with your requests. If you have any sort of complications or difficulty, do not hesitate to contact us; our team will be there to assist you in almost an instant. You can ask for any additional features that you want to add on your game server. In addition, you can also avail Rage MP and GT-MP mods if you want to. Here are some reasons why we stand out from the rest:

Rent your own server now and you will no longer be bound by in-game currency. You create your own RP world! Don’t forget to use the mod menu trainer for extra options.

As already mentioned in the introduction, FiveM can be labeled as a modification of GTA, which uses dedicated servers to allow players to enjoy multiplayer mode with an enormous amount of power to customize the game.

FiveM has become very popular, and it’s still growing. What it basically does is that, it provides the users or players with a toolset. These tools can be used to create a map, customize missions, and add new elements to the game. FiveM uses a networking code called GTA.O.

Will FiveM enhance the gaming experience?

The answer is obvious. FiveM is the ultimate answer if you want to get the most out of Grand Theft Auto 5. This incredible game is probably the most popular in the GTA series, but can it get any better and more exciting? The answer is yes, and this is where FiveM comes in.

The real fun begins when you have FiveM beside you, it makes a little bit of modification, but it does not touch the game’s core functionality.

Yes, there is a big difference. In the FiveM mode, you can do a lot of things which aren’t allowed to do in the single mod (Original). In the FiveM multiplayer mode, you can play with your friends or family. It must be mentioned that up to 30 players are allowed to play the game simultaneously. Just as in the original game, players can roam the city, complete tasks as a team or individually.

The exciting thing about using FiveM is that you can create your own team (usually five members), create new missions, and compete with other teams. As you advance in the game, you can use experience points to unlock certain items such as clothes, weapons, cars and additional customizations. The main game components of the FiveM multiplayer mode are.

What is the monthly cost of renting a FiveM server?

The cost of renting FiveM server largely depends on a number of factors including the type of server configuration you choose to rent. Factors like the additional memory or more powerful processor power, MySQL database, and VPS also adds up to the pricing.

If you think that you’ll be enjoying playing the game for a long time, it would be best to choose a plan that covers more than three months as you can save some money in the long run. In other words, you get a better deal if you choose to rent out server hosting for a longer duration.

Will my server go offline if I turn off my console or computer?

On some server it might. But FiveM Cartel server has an uptime of 99.99 percent, which means it’s always online whether your PC is powered on or off. You can connect to the server and the game anytime you want, we make sure that you’ll get access to the server at all times. In addition, your friends, family, or clan members can also have access to your GTA 5 FiveM server even when your console or PC is turned off.

Is there a way to rent the server for just a few days?

The good news is that the renting fees for longer periods are considerably lower or cheaper. If you have your friends who play the game a lot, you can talk to them, choose the plan that you consider the most ideal, and split the cost.

What if I want to change to another game?

Why not, you can change to another game if you get bored or tired with a particular game. For instance, you can change to GTA from Minecraft, and Vice versa, there are a lot of other games too. Changing from one game to another doesn’t require any complicated actions from you, we take care of everything. You just have to make use of the contact page and tell us what you want to do, and it will all be done in just a few minutes.

Will I be banned for using FiveM?

Quite a lot of GTA V players are often hesitant when it comes to using FiveM, that’s because they worry about getting banned. But what they don’t know is that FiveM does not make any changes or modifications to the game installation, which means you get to switch between FiveM and GTA.O without worrying about having an issue with the Rockstar Games.

Can I install custom scripts all by myself?

Yes, you can install the scripts without the help of a professional. If you have a basic computer skill, installing the scripts shouldn’t be a problem. There are quite a lot of custom scripts which players can install.

Can I play FiveM if I am banned?

Your Grand Theft Auto Online account is safe as long as you don’t violate their policies multiple times. However, you can still play FiveM if your GTA Online is locked out or banned.

To play FiveM, you need to have GTA installed first. When the automatic validation does not work, you may be asked for login information. This is done to check whether you own GTA 5 or not.

What does M mean in FiveM?

Many people assume that M in FiveM stands for Multiplayer, but it is not. “M” stands for modifications. In the near future, FiveM is hoping that they will come up with a lot more features that will allow players to customize and elevate the single-player experience.

How can I run my own server?

The best way to start your own server is by renting FiveM server from our server provider. You will not only have incredible offers and benefits, but the price is also unbelievably low, and by doing so, you can be proud that you’re supporting the whole FiveM project.

What are the minimum system requirements?

The minimum system requirements are:

What is the maximum amount of slots?

Currently, FiveM supports up to 32 slots, this is due to the RAGE network framework limitations. In the future, there will be a new synchronization framework which will provide a higher number of slots up to 64, but it may take a few more months or a year.

How long does it take to initialize a FiveM server?

Initializing or setting up FiveM server is not a time consuming and boring process, it can be done in just a few minutes. However, if something goes wrong, and the initialization process is delayed, we will take care of it, and notify you when it’s ready.

Can I add my friends or family members as the server’s administrator?

Your server comes pre-configured, which means you don’t have to spend your time configuring it as it is ready to use. If you want to share your administrative rights with friends, we can help you configure it according to your needs.

You can download FiveM for free on FiveM.net. To use it, you must first have the game (GTA5) installed, so make sure you have the copy of the game.